There is a lot of talks these days about the importance of recycling, and nearly everyone believes it’s important to some degree. But many just take for granted that recycling is a good thing without getting into the substance of it. Let’s look at 5 ways that recycling is beneficial.

Face it: Americans produce a lot of waste. The EPA estimates we generated 254 million tons (508 billion pounds!) in 2013, to be exact. And all that waste has to go somewhere. Space-constrained large cities like NYC have even resorted to paying other states to take their garbage away. It may sound obvious, but it’s an important point: anything that gets recycled avoids the landfill.

In some cases, recycling is simply more efficient than not doing so. For some resources (including aluminum and steel) it is much cheaper and more efficient to build from recycled materials than it is to mine and process new ones. This can add up to a significant an economic benefit.

Recycling Is Good for the Planet

Since none of us can predict the future, we should reuse as much as we can and save as much raw materials for the future as possible. Future generations will have needs we haven’t even dreamed up yet. We should work to ease the burden on our kids.

Recycling Is Good for You, Too

Decluttering is good for the soul, and recycling unwanted possessions can improve your mood. Old nonworking appliances or vehicles are a hassle and sometimes a hazard, but instead of hauling them off to the dump, find a scrapyard that will recycle the components. You might even make some money off these sorts of items.

If you need help removing junk from your home or looking for appliance disposal, contact the team at 1-855-Joe-Junk today.

I Have Old, Unused Appliances-What Can I Do?

February 26 2018
When it comes to your home’s storage, space isn’t an unlimited commodity. Why limit your home’s space any more with unused appliances? Over the years, new appliances come and go, and saving your old ones when you upgrade...
Read More...

How Does Recycling Work?

January 25 2018
Recycling is a pretty simple concept. Take something old and turn it into something new. It may seem like a relatively new idea but, in reality, some form of household recycling has been around for decades. It became more mainstream in the...
Read More...

Benefits Of Estate Clean Out Services

November 10 2017
The loss of a loved one often brings unexpected consequences. For example, you might be charged with dealing with the estate, including the home, of your loved one. Though you might not know exactly what to do, the benefits of hiring a company that...
Read More...

What Are the Advantages of Hiring a Junk Removal Company?

March 28 2017
Clutter is a problem that everyone has to deal with at some point. Whether you are ready to clean out that storage closet at your company or it’s time to help your grandma downsize her home, removing junk from a property is a time consuming...
Read More...

The importance of Waste and Junk Removal

November 29 2016
Whether you are a homeowner cleaning out the garage or the manager of a construction site, removing waste and junk is of primary importance. A number of reasons exist for this necessity. Waste and junk cause clutter Space anywhere can be at a...
Read More...

Recycling Basics for the Home

August 1 2016
There are many ways to improve the quality of your environment. Recycling is one way, and it is growing more popular every day, as more and more people are learning about it. This article will discuss five ways that you can succeed in home...
Read More...

May 13 2013
We've added great new features and updated our content to bring you the most up to date information about our company.  Check back often for updates.
Read More...
Request an
Estimate 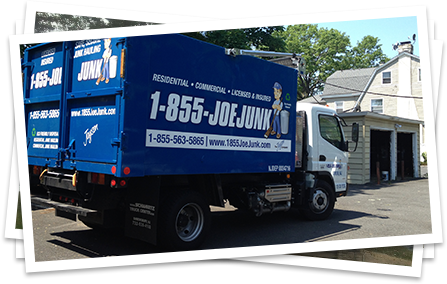 Moving out of your Office or Warehouse?
We provide quality junk removal services to residential and business clients. We can even complete the job while the office is open, working seamlessly around your team.
Learn More
855-470-6305